For those of us who love to solve the problems of government, Donald Kettl's book on Sharing Power, has shortened our struggle from a bottle of brandy to one round of drinks. Kettl is not an advocate of more government or smaller government, but in smarter government. He points out that reformers from the left and the right agree that we need a partnership between public and private sector managers. But admits that the government has failed as judges over the facility and economy of products and services. 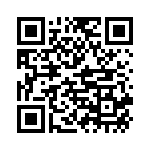