Mark Dunning combines his successful career as a lawyer specialising in legal redress with a twenty year long research interest in British Army capital courts martial cases. In 2010 he was awarded an MA in Modern British History by the University of York. Julian Putkowski is a university lecturer residing in Hackney and a member of the Scientific Committee of the In Flanders Fields Museum, Ieper. Since 1978 his research about the British Army during the Great War has featured in many radio and TV programmes, including The Monocled Mutineer (BBC); Going Home (Opix), and Mutiny (Sweet Patootee). Julian writes authoritatively about mutinies and military misdeeds, and with Julian Sykes he co-authored Shot at Dawn and supported the campaign to secure posthumous pardons for the executed men. 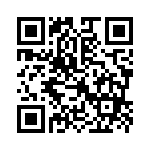