This volume collects revised versions of ten essays by Donna Haraway: most famous, of course, is the “Cyborg Manifesto," on which I have no doubt I could spend this entire review and only begin to ... Read full review

One of the most important theory books i can think of, relative to machine intelligence, robots, and how they may or may not fit into our culture. Read full review

An influential historian of science and cultural studies theorist, Haraway attended Colorado College and then Yale University, where she received a Ph.D. in biology in 1972. More recently she has taught at the University of California at Santa Cruz. Haraway draws on poststructuralist, Marxist, feminist, postcolonial, and cultural studies theory to explore the political and social dimensions of science in order to reclaim it for ends other than social control. Axiomatic for her is that nature is not discovered and then objectively observed and described, but rather that it is actively constructed by a culture so as to serve certain political ends, even if these are not consciously articulated or known. Like Michel Foucault, Haraway believes that discourses of knowledge are always also discourses of pleasure and power. Haraway's first book, Crystals, Fabrics, and Fields (1976), is not as theoretically sophisticated as her next two books, which have had a significant impact on cultural, feminist, and postcolonial studies, and have been the subject of some controversy amongst traditionally trained scientists and historians of science. Primate Visions (1989) is an analysis of the gender and racial politics of primatology, the study of "man's closest relatives in the animal kingdom." One of Haraway's recent books, Simians, Cyborgs, and Women (1991), collects essays written between 1978 and 1989, including the important "Cyborg Manifesto," which argues for the necessity of a feminist science and technology, rather than the rejection of both fields, as advocated by many feminist utopians. Instead, Haraway calls for the further development of the "cyborg," a hybrid subject who deconstructs by combining distinct and unitary identities (human-machine, human-animal, etc.). 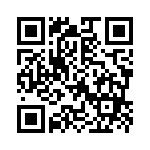