Insightful book about the experience and vision on prayer. Sister Wendy gives a short introduction and then David Willcock gives a biographical introduction about Sister Wendy,which I found very ... Read full review

Sister Wendy became a nun at the age of 16, went on to live for nearly 20 years as a hermit, and then was exposed to the world in a successful television career as the 'art nun'. She was the author of over 20 books with art as the main theme. In her later years she led a cloistered life, devoted to prayer. She died in December 2018. 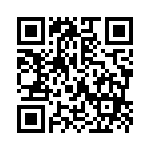