Becky Beal, PhD, is associate professor of kinesiology at California State University in Hayward, CA, where she teaches classes in the sociology and philosophy of sport. 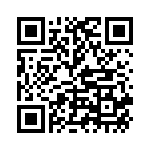