Herbert S. Klein is Director of the Center for Latin American Studies, Professor of History, and senior Fellow at the Hoover Institution, at Stanford University, as well as Gouverneur Morris Professor Emeritus of History at Columbia University. Klein is the author of some 20 books and 155 articles in several languages on Latin America and on comparative themes in social and economic history. Among these books are four comparative studies of slavery, the most recent of which are African Slavery in Latin America and the Caribbean (co-author), The Atlantic Slave Trade, and Slavery and the Economy of Săo Paulo, 1750-1850 (co-author). He has also published on such diverse themes as The American Finances of the Spanish Empire, 1680-1809 and A Population History of the United States and is co-author of Brazil Since 1980 and Mexico Since 1980.

Francisco Vidal Luna was Professor of Economics at the Universidade de Săo Paulo until his retirement in 1997. Aside from his academic career, he was Chief da Assessoria Econômica da Secretaria da Fazenda do Estado de Săo Paulo (1983-1985), Head of IPLAN-IPEA (1985-1986), and Secretário de Planejamento of the Secretaria do Planejamento of the Presidęncia da República (1986-1987). Luna was also socio-gerente, vice-president, and president of the Banco Inter-American Express (1987-2002). In 2005, he became the Secretary of Planning and Budget of the Municipality of Săo Paulo, and in 2008, he took on the role of Secretary of Economy and Planning of the state government of Săo Paulo. Luna is the author of some 50 articles and papers and 11 books on Brazilian economic history and the Brazilian economy, among which are Minas Gerais: Escravos e Senhores, Minas Colonial: Economia e Sociedade (co-author), Slavery and the Economy of Săo Paulo, 1750-1850 (co-author), and Brazil since 1980 (co-author). 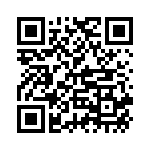