Nigel Scotland is Field Professor of Theology and Religious Studies at the University of Gloucestershire, where he has lectured since 1975. 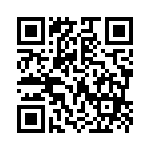