A great book that really says everything I've thought in similar situations when you have to make nice to people who are clearly idiots. Just because it is socially unacceptable to flat out contradict morons at a dinner party. Read full review

It's almost staggering just how bad the artwork is. They not only are completely unable to draw human figures or facial expressions, at any level of caricature, but they have no sense of aesthetics either...it's just plain ugly to look at. I've known high school students who could carve better artwork into a desktop with a compass.
If you want to see Minchin's remarkable poem, watch it for free on Youtube. Don't waste your money on this garbage.

Tim Minchin is an award-winning Australian musician, composer, songwriter, actor, comedian and writer. His current songs span various musical styles and topics such as environmentalism, rationalism, prejudice(ism), logical fallacies(ism) and his amour de fromage et de boobs(ism). He is the composer and lyricist for the West End and Broadway Musical MATILDA, provided narration for Shaun Tan's OSCAR-winning animation THE LOST THING, and completed an arena tour culminating in dates at the Sydney Opera House, and the Royal Albert Hall with the 55-piece Heritage Orchestra. He is a global superstar, with over 730,000 followers on Twitter and an army of fans. He lives in LA with his wife and two children. 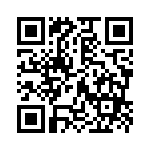