Kristeva, who teaches linguistics at the University of Paris and is also a practicing psychoanalyst, traces the concept of the "stranger'' or "foreigner'' in various cultures and periods from the ... Read full review

Julia Kristeva is a leading French intellectual, practicing psychoanalyst, and Professor of Linguistics at the Universite de Paris VII. Columbia University Press has published other books by Kristeva in English: In the Beginning Was Love, Tales of Love, Revolution in Poetic Language, Powers of Horror, Desire in Language, Black Sun, Language: The Unknown, and The Kristeva Reader. 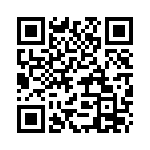