This Chinese-inspired fantasy gave me a fluttery heart from the moment that I saw its cover. Let's be honest, it's a great time to be a reader in this movement of own voices books. I couldn't wait to ... Read full review

Stronger than a Bronze Dragon by Mary Fan is an Asian inspired tale that follows Liang Anlei on her quest to save her village from the ravages of the demonic Ligui. Anlei is one of the few women ... Read full review

Mary fan is the author of several novels including Artificial Absolutes and Starswept, both of which have received praise from Publishers Weekly and Kirkus. She is also the co-editor of the independently published Brave New Girls anthologies, which are aimed at encouraging girls to explore STEM fields. She lives in Jersey City, New Jersey. 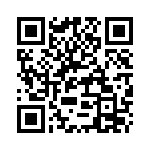