Fitzroy Morrissey is an Examination Fellow of All Souls College, Oxford. He researches and teaches the intellectual and religious history of the Islamic world in the medieval and modern periods. Previously the co-author of Iran: Persia: Ancient & Modern (2016), and the recipient of a DPhil in Oriental Studies at the University of Oxford (2018), this is his first specialist book. 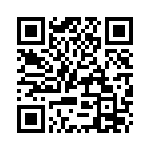