Irene Nemirovsky was a very talented writer. This unfinished book (due to the author's arrest and subsequent death at Auschwitz in the summer of 1942) is well written with rich descriptions. There is a large cast of characters that can be a little hard to follow at times. Read full review

What a wonderful range of people Nemirovsky created, with such depth that even minor figures don’t come across as caricatures or stereotypes. And it must have been a particular challenge to avoid ... Read full review

Irčne Némirovsky was born in Kiev in 1903 into a successful banking family. Trapped in Moscow by the Russian Revolution, she and her family fled first to a village in Finland, and eventually to France, where she attended the Sorbonne.

Irčne Némirovsky achieved early success as a writer: her first novel, David Golder, published when she was twenty-six, was a sensation. By 1937 she had published nine further books and David Golder had been made into a film; she and her husband Michel Epstein, a bank executive, moved in fashionable social circles.

When the Germans occupied France in 1940, she moved with her husband and two small daughters, aged 5 and 13, from Paris to the comparative safety of Issy-L’Evęque. It was there that she secretly began writing Suite Française. Though her family had converted to Catholicism, she was arrested on 13 July, 1942, and interned in the concentration camp at Pithiviers. She died in Auschwitz in August of that year. 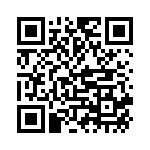