Some interesting things presented in this book, and it is a very good piece of journalism. I do, however, find many parts of the book repetitive. The author goes in circles making the same point in ... Read full review

SUN IN A BOTTLE: The Strange History of Fusion and the Science of Wishful Thinking

Science reporter Seife (Journalism/NYU; Decoding the Universe, 2007, etc.) clearly explains the power behind both the sun and the hydrogen bomb, hyped as a possible source of cheap energy despite 60 ... Read full review

Charles Seife is the author of five previous books, including Proofiness and Zero, which won the PEN/Martha Albrand Award for first nonfiction and was a New York Times notable book. He has written for a wide variety of publications, including The New York Times, Wired, New Scientist, Science, Scientific American, and The Economist. He is a professor of journalism at New York University and lives in New York City. 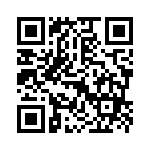