JANE McGONIGAL, Ph.D., is the Director of Game Research and Development at the Institute for the Future. Her work has been featured in The Economist, Wired, and The New York Times and on MTV, CNN, and NPR. She has been called one of the top ten innovators to watch (BusinessWeek), one of the one hundred most creative people in business (Fast Company), and one of the fifty most important people in gaming (Game Developers Magazine). Her TED talks have been viewed more than 10 million times. She has developed resilience-building games for the American Heart Association, the World Bank, the Oprah Winfrey Network, the New York Public Library, and Nike. Online: https://twitter.com/avantgame http://janemcgonigal.com/ 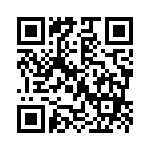