Martin Nowak is Professor of Biology and Mathematics at Harvard University. Dr Nowak is the recipient of Oxford's Weldon Memorial Prize; the Albert Wander Prizeof the University of Bern; the Akira Okubo Prize of the Society for Mathematical Biology; the Roger E. Murray Prize, awarded by the Institute for Quantitative Research in Finance; The David Starr Jordan Prize, given jointly by Stanford, Cornell and Indiana Universities; and the Henry Dale Prize of the Royal Institution, London. He has held major research posts at the Oxford University, the Institute for Advanced Study in Princeton and now Harvard University. He has published over 300 papers and has been widely praised for revolutionising the mathematical approach to biology.Roger Highfield, DPhil, is the editor of New Scientist magazine and was the Science Editor of the Daily Telegraph for two decades. He has written or coauthored six popular science books, two of which have been bestsellers. 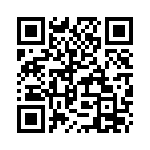