Darren Kerr and Donna Peberdy are senior lecturers in film and television at Southampton Solent University, UK. Darren is the co-editor of Hard to Swallow: Hardcore Pornography on Screen (2012). Donna is the author of Masculinity and Film Performance: Male Angst in Contemporary American Cinema (2011). 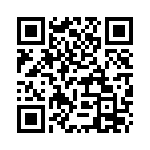