The Tao Te Ching (also called "The Tao", "The Dao" or the "Dao De Jing"), by Lao Tzu, is one of the most influential books in history. It is the source of famous Chinese sayings such as "Those who know do not speak, those who speak, do not know" and "Even a 1,000 mile journey starts with a single step". Famous for its simple, earthy philosophy, it includes astute advice for leaders and practical wisdom for common people, emphasizing the passive, solid, and quiescent qualities of nature by "having without possessing." If you're looking for practical advice in an increasingly hectic world, perhaps the Tao Te Ching can help you find "The Way". This edition features a beautifully clear and modern paraphrase by John H. McDonald produced by the meticulous comparison of the best transliterations and translations available to reveal the truest possible essence of the Tao. It has an very readable quality and is wonderfully typeset and designed. This illustrated edition features exquisite Chinese art to help bring out the timeless wisdom of the text and its subtle guidance on how to live a harmonious life. The text of the translation is in the public domain, and the translator can be reached by emailing: jhm1953@gmail.com. The introduction, and all images in the book are copyrighted by Arcturus Publishing, London, England.

Laozi was a philosopher and poet of ancient China. He is best known as the reputed author of the Tao Te Ching and the founder of philosophical Taoism, but he is also revered as a deity in religious Taoism and traditional Chinese religions. Although a legendary figure, he is usually dated to around the 6th century BC and seen as a contemporary of Confucius, but some historians contend that he actually lived during the Warring States period of the 5th or 4th century BC. Laozi is traditionally regarded as the author of the Daodejing (Tao Te Ching). It is one of the most significant treatises in Chinese cosmogony. As with most other ancient Chinese philosophers, Laozi often explains his ideas by way of paradox, analogy, appropriation of ancient sayings, repetition, symmetry, and rhyme. In fact, the whole book can be read as an analogy the ruler is the awareness, or self, in meditation and the myriad creatures or empire is the experience of the body, senses and desires. 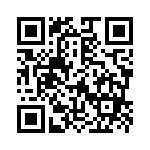