Terry Jones of Monty Python fame is also a medieval scholar and this book is a companion to his BBC documentary history. Each chapter focuses on a different type of person in medieval times from ... Read full review

I focused on the medieval period when I was getting my Master's degree, reading many of the primary sources (Domesday Book, the Anglo-Saxon Chronicle, etc.), but none of it gave me the high-level view ... Read full review

Terry Jones was born in Colwyn Bay, Wales on February 1, 1942. He was a writer for such BBC programs as The Frost Report and Do Not Adjust Your Set, before joining with Graham Chapman, John Cleese, Eric Idle, and Michael Palin to form the Monty Python comedy troupe. Best remembered as the nude organist, Jones co-directed Monty Python and the Holy Grail (1975), and directed Life of Brian (1979) and Monty Python's The Meaning of Life (1983). Along with many Python-related books, screenplays, and records, he has written several non-fiction works including Chaucer's Knight: The Portrait of a Medieval Mercenary, Who Murdered Chaucer?: A Medieval Mystery, and Terry Jones's War on the War on Terror. He also wrote numerous children's books including The Saga of Erik the Viking, which won the Children's Book Award in 1984, Fantastic Stories, The Beast with a Thousand Teeth, The Curse of the Vampire Socks, and Bedtime Stories. 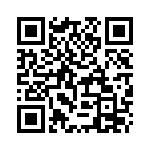