I do not like the one-sided conversation style of narration. It strikes me as unnatural and gimmicky. Sometimes I can get past it and still sink in to the story, but not here. Even when the narration ... Read full review

The Aosawa family is hosting a birthday party at the prominent hospital they own, located in a villa on the Sea of Japan, when tragedy strikes. After everyone gathers to make a celebratory toast, it ... Read full review

Riku Onda, born in 1964, is the professional name of Nanae Kumagai. She has been writing fiction since 1991 and has won the Yoshikawa Eiji Prize for New Writers, the Japan Booksellers' Award, the Mystery Writers of Japan Award for Best Novel, the Yamamoto Shugoro Prize, and the Naoki Prize. Her work has been adapted for film and television. Alison Watts is an Australian-born Japanese to English translator and long time resident of Japan. She has published a translation of Aya Goda's TAO: On the Road and On the Run In Outlaw China and of Sweet Bean Paste by Durian Sukegawa, released in October 2017. 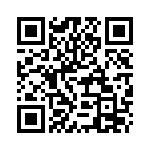