Mustafa Hamid was among the first Arabs to join the jihad against the Soviets, and rose to become an influential figure, counting leading Afghan commanders and, later, senior Taliban and al-Qaeda figures among his friends. He was eyewitness to and a participant in events that shaped not only
Afghanistan's history, but also the destiny of the Arab volunteers who joined in its liberation. After fleeing Afghanistan after 9/11 he spent close to a decade detained in Iran and has now returned to his native Egypt.

Leah Farrall was formerly a senior counterterrorism analyst with the Australian Federal Police, before turning to academia. Her research focuses on al-Qaeda and other jihadi groups, especially the myths surrounding their emergence, evolution and persistence. 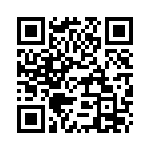