One of the masterpieces of African literature.

Ayi Kwei Armah was born in Takoradi, Ghana, in 1939. He was educated at the elite Achimota College, near Accra, and received a degree in sociology from Harvard University in 1963. Upon leaving Harvard he become actively involved in the struggle for African liberation of Algeria, which had just emerged from its armed struggle for independence from France. In Algeria, Armah worked as a translator for the magazine Revolution Africaine until his health failed toward the end of 1963. After a five-month hospitalization in Boston, Massachusetts, he returned to Ghana in 1964. Armah's first novel, The Beautiful Ones Are Not Yet Born (1968), deals with political corruption in a newly independent African nation. The capital of this nation resembles Accra, the capital of his native Ghana. The novel is generally felt to be about the last years of Nkrumah's government. In Fragments (1970), his largely autobiographical second novel, Armah illustrates the difficulties of an intellectual in a culture oriented toward material possessions. His third novel, Why Are We So Blest? (1972), is considered largely an attempt to probe the complex relation of colonizer and colonized-between the European and the African. His most ambitious novel published so far is his fourth, Two Thousand Seasons (1973). Armah has lived and traveled in various parts of Africa, beginning in 1970. He has taught at several universities in Africa and the United States. He currently lives in Dakar, Senegal. 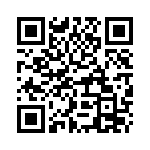