Joel Levy is a writer and journalist specializing in history and science. He is the author of more than a dozen books, including Newton's Notebook, Great Scientists, Mad Science, Poison: An Illustrated History, and A Bee in a Cathedral (a guide to scientific analogies). He has also written features and articles for the British press, and has appeared on national television and numerous local and national radio shows. A long-term student of the history of science and medicine, Joel has a BSc in Biological Sciences and an MA in Psychology. 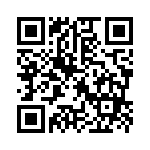