Terence Hanbury White was born on May 29, 1906 in Bombay, India. He attended Cheltenham College, Gloucestershire, and Queen's College, Cambridge. The success of his autobiography, England Have My Bones, allowed him to leave teaching after six years and devote his time to writing. Although he wrote a wide array of novels and some poetry, he is best known for The Once and Future King, his four-volume retelling of the legend of King Arthur, which became the basis for both the musical, Camelot, and the Disney film, The Sword in the Stone. White died on January 17, 1964, while returning home from a lecture tour in America. 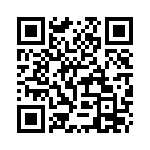