BRILLIANT! This book is a MUST READ!

This is a BRILLIANT book by and up and coming economist Dr. David Stuckler. This is the MUST READ of 2013! This book will change your perspective and your life! ORDER IMMEDIATELY! Read full review

THE BODY ECONOMIC: Why Austerity Kills

David Stuckler is a Senior Research Leader at Oxford University; after completing his Master's in Public Health at Yale University and PhD at Cambridge University, he became a professor in political economy at Harvard University; he also currently holds research posts at London School of Hygiene & Tropical Medicine and Chatham House. He has published over one-hundred peer-reviewed scientific articles in major journals on the subjects of economics and global health, and his work has featured on the cover of The New York Times and The Economist, as well as on BBC, NPR, and CNN, among others. Sanjay Basu is an Assistant Professor of Medicine and an epidemiologist at Stanford University. He has worked with Oxfam International and is a member of the New York Academy of Sciences. His work has featured in The New York Times and Wall Street Journal and he has written over 80 peer-reviewed articles. 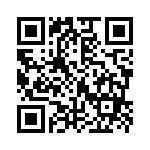