The attitude towards subjects from haircuts, make-up, clothing, social status, ethnic/color, pimples, dieting and exercising to girls losing their virginity is no longer taboo in the 21st century. It ... Read full review

The author of Fasting Girls:  The History of Anorexia Nervosa, Joan Jacobs Brumberg is a Stephen H. Weiss Professor at Cornell University, where she holds a unique appointment teaching in the fields of history, human development, and women's studies.  Her research and sensitive writing about American women and girls have been recognized by the Guggenheim Foundation, the National Endowment for the Humanities, the Rockefeller Foundation, and the MacDowell Colony.  She lives in Ithaca, New York. 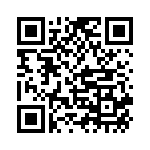