Bones help determine the fates of young people - and Saskia is lucky enough to the be daughter of the resident Bone Charmer. But she wants a different fate than the one her mother chooses and an ... Read full review

So very impressed with this book! It took me a few chapters to really settle into the way that Breeana Shields wanted to tell this story, but once I was there I was hooked. Saskia's life has has ... Read full review

Breeana Shields is the author of Poison’s Kiss and Poison’s Cage. She graduated from Brigham Young University with a BA in English. When she’s not writing, Breeana loves reading, traveling, and playing board games with her extremely competitive family. She lives in the Pacific Northwest with her husband, three children, and two adorable, but spoiled dogs. Follow her on Twitter @BreeanaShields. 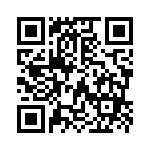