An absolutely excellent book-I call it my bible where my bitches are concerned and always have it to hand-invaluable in times of whelping -would recommend to everyone-marks out of 10? 12!!

This is an excellent book. When we decided to breed from our English Springer Spaniels it was invaluable. We bought a copy at a dog show and it has been our "bible" ever since. It gives clear, non-conflicting advice and is written in plain english. I can't praise the information in the book enough. Whilst no substitute for a Vet or experienced breeder it is extremely helpful and got us through many a "crisis". 10 out of 10.

Jose M. Evans currently serves as a Pharmaceutical Sales Specialist with Sepracor Inc. He is also Chairman of the Black and Latino Policy Institute based out of Indianapolis, Indiana. Prior to Sepracor Inc., he served as the Director of Minority and Women Business for the City of Indianapolis and Executive Director of the Indiana Commission on the Social Status of Black Males. He earned a B.A. from the University of Indianapolis and his M.B.A. from Indiana Wesleyan University in Marion, Indiana. He is a member of Alpha Phi Alpha Fraternity, Inc. He lives in Indianapolis with his wife and two boys. J.M. Evans is available for consulting and speaking engagements. If you would like to reach him, please contact him at info@jmevansent.com or visit our website at www.jmevansent.com.

The Authors Patrick Holden has been involved in dog training for over 25 years both training his own dogs, and others as an instructor. He is an Obedience Competition judge. He trained his Labrador, Whisky, to be the highest qualifying Labrador in Obedience in the UK, and then trained his present Golden Retriever Ob. Ch. Melnola Bramble CDEX-TDEX as the first, and, so far, the only, Golden of all time to qualify at the topmost level in both Working Trials (TDEX) and Obedience (Obedience Champion). He has also trained Bramble to compete in Senior Agility in the Superdogs Final. They have been at Crufts together for several years in the teams and individual obedience finals. In 1996 Bramble was the only, and in 1998 only one of two gundogs in the UK to qualify for the Crufts Individual Obedience Championship. Patrick is now starting to train Bramble's son, Thorn, for competition.

Kay White has been entranced by dogs since early childhood. Her earliest memories are of Pekingese, then Airedales, and a bright, ginger-coloured cross-bred who came with Santa Claus one year. Marriage brought a red Cocker Spaniel and one of the early post-war Boxers. A move to the country made a dream come true a boarding and breeding kennel. Kay specialised in Boxers, Cavalier King Charles Spaniels, and some black Great Danes. The next major breakthrough came when she persuaded the Animal Health Trust, a pioneering centre of animal excellence known throughout the world, to host the first residential course for dog breeders, and so began a long campaign for breeder education which continues to this day. Kay is a prolific writer on animal care and has co-written the best-selling books Doglopaedia, Catlopaedia, and Book Of the Bitch published by Ringpress Books in the UK and with Howell Book House in the USA. 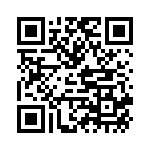