Michael Moran studied Politics, Economics and Mathematics for his first degree at the University of Lancaster, graduating in 1967. He did his graduate work in the Department of Government at the University of Essex, 1967-70, and was awarded his PhD from Essex in 1975. From 1970 to 1979 he lectured in the Department of Social Science at Manchester Polytechnic (now the Manchester Metropolitan University.) Since 1979 he has worked at the University of Manchester. He became Professor ofGovernment in 1990, and has held the WJM Mackenzie Chair of Government since 2000. Moran's work has been concerned with comparative public policy, the study of regulation and the study of modern British politics. 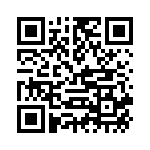