Michel Crozier was the founder and director of the Centre de Sociologie des Organisations and senior research fellow of the Centre National de la Recherche Scientifique. He is currently a member of the Acadmie des Sciences Morales et Politiques. He is the author or co-author-of numerous books including The Stalled Society, The Crisis of Democracy, and The Trouble with America. Erhard Friedberg is professor of sociology and director of the Master of Public Affairs at Sciences Po in Paris. He is the author of numerous books including Actors and Systems (with Michel Crozier) and Local Orders-Dynamics of Organized Action. 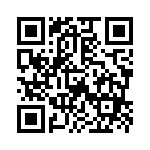