Used for all 3 of my girl. Relevant without being too grafic. Read full review

Dr. Lauren Gerber is one of the Chicago metropolitan areas leading clinical Psychologists specializing in child and family therapy. Since graduating with honors at the top of her doctoral class at Pace University in 1995, she's maintained a private practice in Chicago and the suburbs as well as working for more than a decade in the suburban public school systems. Dr. Gerber also teaches at a University instructing graduate students in their study in the field of Psychology. Norm Bendell's witty illustrations have been the driving force behind some of the most successful campaigns in the modern era of advertising. His award winning work has also appeared in hundreds of publications, in animation and best selling books, including American Girl's best selling series. Norm began his career in Chicago, but soon moved to the crucible of New York to become an award winning Art and Creative Director. He then brought all that experience to a sophisticated illustrative style and has been delighting audiences and clients worldwide ever since. 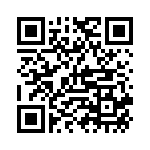