Henrik Svensmark leads a group examining the Sun's effects on the climate, at the Danish National Space Center in Copenhagen. He has published 50 scientific papers on theoretical and experimental physics, including six landmark papers on climate physics. Nigel Calder has spent a lifetime spotting and explaining the big discoveries in all branches of science. He served his apprenticeship as a science writer on the original staff of the magazine New Scientist and was the magazine's Editor from 1962-66. Since then he has worked as an independent author and TV scriptwriter. He won the UNESCO Kalinga Prize for the Popularization of Science for his work for the BBC in a long succession of 'science specials', with accompanying books. His most recent book is Magic Universe (OUP, 2003), a comprehensive guide to modern science, which was shortlisted for the Aventis Prize for Science Books. 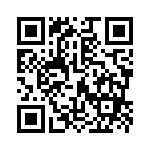