Alisa Lebow is a Reader in Film Studies at the University of Sussex. Her research is generally concerned with issues related to documentary film, recently to do with questions of the political in documentary. Her book First Person Jewish (University of Minnesota Press, 2008) explores aspects of the representation of self and subjectivity in first person film. She is also a filmmaker whose films include Outlaw (1994), Treyf (1998) and For the Record: The World Tribunal on Iraq (2007). 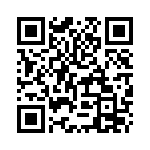