Bulent Diken teaches Social and Cultural Theory at Lancaster University, UK. In particular, his research interests include the sociology of cinema and urbanism, and he has a number of previous publications which include The Culture of Exception (2008) and Sociology through the Projector (2005).Graeme Gilloch is Reader at Lancaster University, where he researches and teaches courses in visual culture - especially film and photography - and metropolitan and urban cultures.Craig Hammond is Senior Lecturer in the Department of Arts and Society at Blackburn College, UK, where he researches film from a sociological perspective, amongst other interests. 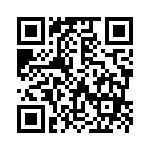