3.5 stars Scary book because it seems so close to potential reality. It's social media taking over tracking everyone and turning us into a totalitarian government. There's no privacy, and everyone ... Read full review

This perfectly describes what the world is coming too if we aren't careful (The Circle either being Google or Facebook). The book does talk detailed about the main character but doesn't go into much ... Read full review

He is the founder of McSweeney's and the cofounder of 826 Valencia, a youth writing center that has inspired similar programs around the world, and of ScholarMatch, which connects donors with students to make college accessible. He is the winner of the Dayton Literary Peace Prize and is the cofounder of Voice of Witness, a book series that illuminates human rights crises through oral history.

He is a member of the American Academy of Arts and Letter. His work has been translated into forty- two languages. 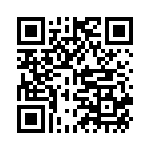