The insane argument over the environment seems to stem from the thought this is somehow a new fad and not established science. The timely reissue of Barry Commoner's The Closing Circle (1971) puts the ... Read full review

Barry Commoner (1917-2012) is considered the father of modern ecology and one of the world's most progressive thinkers and scientist-activists. Credited with creating the four informal rules of ecology, he followed Marxist ideals that led him to posit that climate change is driven by capitalist means of production rather than overpopulation. In 1980 he ran for President of the United States on his own Citizens Party ticket. 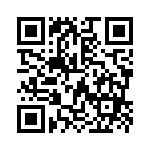