I finished! Started in April, finished in December. This book is from 1993 so there is no SARS, MERS, or Covid-19. But this is a great overview of historic emerging diseases (Machupo, Ebola, Toxic ... Read full review

It took me seven months but I finally finished this book. I read it off and on, so the speed at which I finished it is not indicative of any particular difficulty or even density. But the reason I ... Read full review

Laurie Garrett is a former senior fellow for global health at the Council on Foreign Relations, She was awarded the Pulitzer Prize for Explanatory Journalism in 1996 for a series of works published in Newsday, and has also been awarded the Polk and Peabody Prizes. She is the author of The Coming Plague, Betrayal of Trust, and Ebola: Story of an Outbreak. 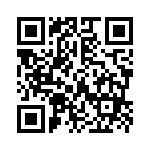