This is an important book, I guess, but not really a fun one to read. It's essentially the portrait of someone who believes he is a good man but is not, and who has no epiphanies regarding how unloved and lonely he is. So, yeah, not a pick-me-upper. Read full review

I have read some of Gordimer's other books and really enjoyed them but this one just never grabbed me. Partly it was because the main character is so very unlikeable. In fact I was reminded of the ... Read full review

Nadine Gordimer's many novels include The Conservationist, joint winner of the Booker Prize, Get A Life, Burger's Daughter, July's People, My Son's Story and The Pickup. Her collections of short stories include The Soft Voice of the Serpent, Something Out There, Jump, Loot and, most recently, Beethoven Was One-Sixteenth Black. She has also collected and edited Telling Tales, a story anthology published in fourteen languages whose royalties go to HIV/AIDS organisations. In 2010 her nonfiction writings were collected in Telling Times and a substantial selection of her stories was published in Life Times. Her most recent novel was No Time Like the Present, published in 2012. Nadine Gordimer was awarded the Nobel Prize for Literature in 1991. She lived in South Africa until she died in 2014. 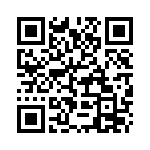