The Corner is very similar to Simon's other best selling book, Homicide: a Year on the Killing Streets. As a freelance writer he has been allowed access to the darkest and grittiest corners of West ... Read full review

Few novels can boast the combination Simon and Burns achieve here: absolute narrative clarity and complete emotional ownership of the reader. Armed with the tools of journalism and the humanity of ... Read full review

David Simon is the author of the bestselling Homicide: A Year on the Killing Streets, which won an Edgar Award and inspired Barry Levinson's Emmy Award-winning television program of the same name. A freelance writer based in Baltimore, he is also a writer and producer for Homicide and received the 1994 Writer's Guild for America Award for outstanding script in an episodic television drama.

A teacher in the Baltimore public school system, Edward Burns retired after serving twenty years in the city police department. For much of that time, he worked as a detective in the homicide unit. 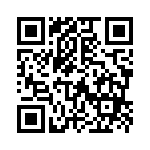