WENSLEY CLARKSON has investigated numerous crimes across the world for the past thirty years. His research has included prison visits, surveillance operations, police raids and even post mortems.


Clarkson's books - published in more than thirty countries - have sold more than two million copies. He has made numerous documentaries in the UK, US, Australia and Spain and written TV and movie screenplays. His most recent major TV project is Florida-based drama series Boca Grande which he created, developed and wrote with BAFTA award-winning Peaky Blinders director David Caffrey. Clarkson's recent book Sexy Beasts - about the Hatton Garden raid - was nominated for a Crime Writer's Association Dagger award. 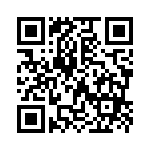