Simon Conway Morris is Professor of Palaeontology in the Department of Earth Sciences at Cambridge. He was one of the team of three scientists who uncovered many of the fossils and worked on the interpretation of the Burgess Shale in the 1970s, for which work Stephen Jay Gould said"Palaeontology has no Nobel prizes though I would unhesitatingly award the first to Whittington, Briggs, and Conway Morris. He was elected a Fellow of the Royal Society in 1990, and presented the Royal Institution Christmas Lectures in 1996. His search for fossils has taken him all over the world,including China, Mongolia, Australia, and Greenland. 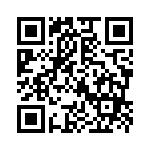