The Dangerous Case of Donald Trump: 27 Psychiatrists and Mental Health Experts Assess a President by Bandy X. Lee, Craig Malkin I picked this up from the library and being a nurse I realize they can't ... Read full review

Bandy X. Lee, M.D., M.Div., is Assistant Clinical Professor in Law and Psychiatry at Yale School of Medicine. She earned her degrees at Yale, interned at Bellevue, was Chief Resident at Mass General, and was a Research Fellow at Harvard Medical School. She was also a Fellow of the National Institute of Mental Health. She’s written more than 100 peer-reviewed articles and chapters, edited nine academic books, and is author of the textbook Violence. 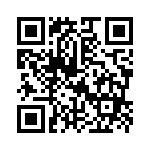