An interesting play, marred by the writing out of dialect that makes it close to unreadable - and probably unproducible, unless it came with a full dictionary of what many of these words mean. I was ... Read full review

David Herbert Lawrence was born in Nottinghamshire. He made his reputation with the semi-autobiographical Sons and Lovers (1913). 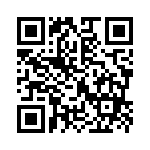