I found this book real intersting and influencing. I would recommend it to anyone who wants to know more about the ego, or specifically the mechanisms of defense. Your missing out on a terrific book! Theres so much inside this book, and you'll be eager to keep reading.

Anna Freud, daughter of Sigmund Freud, was instrumental in carrying on the work and studies of her famous father. Born in Vienna, Austria, she later immigrated to England and became a British citizen in 1938. An exponent of orthodox Freudian theory, she wrote Psychoanalysis for Teachers and Parents (1935) in order to explain her father's basic theory to the general public. Deeply interested in the problems of children, Freud organized a residential war nursery for homeless youngsters during World War II and for many years directed the Hampstead Child Therapy Clinic in London, where she made her home. Freud made significant contributions in the field of child psychoanalysis. Some of her important work was on the functioning of the ego in normal and disturbed children. Although she lacked medical training, her vast experience and lucid writing earned her the respect of many physicians and medical institutions. 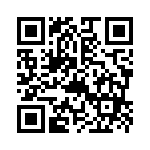