Goodreads you ferking morons... who are these zombies? 'I used to read this book when I was at school but now it is just the same... ' What are these people on? A bonus for attracting people to shitreads?
A classic text that does something that too few studies have done since it was written: actually get to know the places they study and provide insightful analysis... something you don't get from gobshite reviews (how I hate them!)

Page 179 - is to discover how some social structures exert a definite pressure upon certain persons in the society to engage in non-conforming rather than conforming conduct.
Appears in 125 books from 1920-2006
Page 185 - of urban families is best considered not as the local area in which they live, but rather as the network of actual social relationships they maintain, regardless of whether these are confined to the local area or run beyond its boundaries.
Appears in 11 books from 1908-1999
More
Page 184 - group within which the family is contained. Our data suggest that this usage is misleading. Of course, every family must live in some sort of local area, but few urban local areas can be called communities in the sense that they form cohesive social groups The immediate social environment
Appears in 8 books from 1947-1999
Page 184 - The attachment to relatives would then be at the expense of attachment to others. But in practice this is not what seems to happen. Far from the family excluding ties to outsiders, it acts as an important means of promoting them. . . . The
Appears in 8 books from 1919-2003
Page xxvi - Just as established groups, as a matter of course, regard their superior power as a sign of their higher human value, so outsider groups, as long as the power differential is great and submission inescapable, emotionally experience their power inferiority as a sign of human inferiority.
Appears in 7 books from 1994-2004
Page xxx - at large, are symptomatic of an ideological avoidance action. By using them, one singles out for attention what is peripheral to these relationships (eg differences of skin colour) and turns the eye away from what is central (eg differences in power ratio and the exclusion of a power-inferior group from positions with a higher power potential).
Appears in 6 books from 1994-2004
Page xliii - A person's we-image and we-ideal form as much part of a person's self-image and self-ideal as the image and ideal of him- or herself as the unique person to which he or she refers as "I".
Appears in 9 books from 1994-2002
Page 177 - In so far as one of the most general functions of social structure is to provide a basis for predictability and regularity of social
Appears in 25 books from 1958-2003
Page 177 - it becomes increasingly limited in effectiveness as these elements of the social structure become dissociated. At the extreme, predictability is
Appears in 23 books from 1958-2003
Page xviii - Exclusion and stigmatisation of the outsiders by the established group were thus powerful weapons used by the latter to maintain their identity, to assert their superiority, keeping others firmly in their place.
Appears in 7 books from 1994-2006
Less 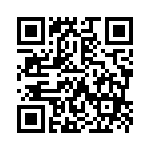