Knud Ejler Lřgstrup was born in Copenhagen in 1905; he studied philosophy and theology in Denmark, France, Germany, and Austria. In 1943, he became Professor of Ethics and Philosophy of Religion at the University of Aarhus, where he worked until his retirement in 1975. Two of the four volumes of his major work on metaphysics were published only after his death in 1981. 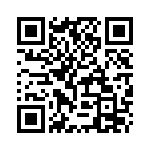