Chris Bickerton is a University Lecturer in politics at the Department of Politics and International Studies, University of Cambridge, and a Fellow in politics at Queens' College, Cambridge. He has previously taught at Oxford, University of Amsterdam, and Sciences Po in Paris. His books include European Integration (2012) and he writes frequently for the international media. He has been writing regularly for Le Monde Diplomatique since 2006. 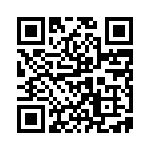