Henrik Mouritsen is Professor of Roman History at King's College London. He has published widely on Roman history, including local politics, Pompeii and Ostia, freedmen, Latin epigraphy, Roman Italy, and Republican politics. His other books include Elections, Magistrates and Municipal Elite: Studies in Pompeian Epigraphy (1988), Italian Unification: A Study in Ancient and Modern Historiography (1998), and Plebs and Politics in the Late Roman Republic (2001). 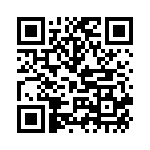