I believe this is an important read. Seeing how someone's hate can destroy lives was difficult, but it was uplifting and inspirational to see these two men come together in forgiveness and peace ... Read full review

Arno Michaelis is author of My Life After Hate and works with Serve 2 Unite. He has appeared on major media outlets including the BBC, The New York Times, and The Washington Post, and The View.

Pardeep Singh Kaleka is co-founder of Serve 2 Unite and has appeared on NBC, Fox, CNN, Democracy Now, NPR, and Voices on Antisemitism.

Robin Gaby Fisher is a New York Times bestselling author of several non-fiction books and a two-time finalist for the Pulitzer Prize in Feature Writing. 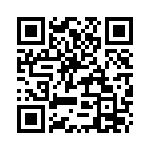