Page 63 - Among all my patients in the second half of life — that is to say, over thirty-five — there has not been one whose problem in the last resort was not that of finding a religious outlook on life.
Appears in 273 books from 1914-2008
Page 96 - Behind me, I heard the same man asking. "Where is God now?" And I heard a voice within me answer him. "Where is He? Here He is — He is hanging here on this gallows . . ." That night the soup tasted of corpses.
Appears in 123 books from 1920-2008
More
Page 175 - It is even harder to realize that this present universe has evolved from an unspeakably unfamiliar early condition, and faces a future extinction of endless cold or intolerable heat. The more the universe seems comprehensible, the more it also seems pointless.
Appears in 160 books from 1972-2008
Page 75 - But when he, the Spirit of truth, comes, he will guide you into all truth. He will not speak on his own; he will speak only what he hears, and he will tell you what is yet to come.
Appears in 490 books from 1912-2008
Page 96 - But the third rope was still moving; being so light, the child was still alive. ... For more than half an hour he stayed there, struggling between life and death, dying in slow agony under our eyes. And we had to look him full in the face. He was still alive when I passed in front of him. His tongue was still red, his eyes were not yet glazed. Behind me, I heard the same man asking: "Where is God now?
Appears in 72 books from 1920-2007
Page 100 - Where were you when I laid the earth's foundation? Tell me, if you understand. Who marked off its dimensions? Surely you know! Who stretched a measuring line across it? On what were its footings set, or who laid its cornerstone while the morning stars sang together and all the angels shouted for joy?
Appears in 103 books from 1984-2008
Page 100 - Can you bind the beautiful Pleiades? Can you loose the cords of Orion? Can you bring forth the constellations in their seasons or lead out the Bear with its cubs?
Appears in 45 books from 1921-2007
Page 54 - This struck me as unheroic conduct on the part of the big, strong man who was holding the little boy by the hand. I contrasted this situation with another which fitted my feelings better: the scene in which Hannibal's father, Hamilcar Barca, made his boy swear before the household altar to take vengeance on the Romans. Ever since that time Hannibal had had a place in my phantasies.
Appears in 56 books from 1957-2008
Page 153 - This fool wishes to reverse the entire science of astronomy. But Sacred Scripture tells us that Joshua commanded the sun to stand still, and not the earth.
Appears in 176 books from 1857-2007
Page 215 - But the hour is coming, and now is, when the true worshipers will worship the Father in spirit and truth, for such the Father seeks to worship him.
Appears in 718 books from 1897-2008
Less

Paul Davies is an internationally acclaimed physicist, writer and broadcaster. He received degrees in physics from University College, London. He was Professor of Natural Philosophy in the Australian Centre for Astrobiology at Macquarie University, Sydney and has held previous academic appointments at the Universities of Cambridge, London, Newcastle upon Tyne and Adelaide. Most of his research has been in the area of quantum field theory in curved spacetime. Davies has also has written many books for the general reader in the fascinating fields of cosmology and physics. He is the author of over twenty-five books, including The Mind of God, Other Worlds, God and the New Physics, The Edge of Infinity, The Cosmic Blueprint, Are We Alone?, The Fifth Miracle, The Last Three Minutes, About Time, and How to Build a Time Machine. His awards include an Advance Australia Award for outstanding contributions to science, two Eureka Prizes, the 2001 Kelvin Medal and Prize by the Institute of Physics, and the 2002 Faraday Prize by The Royal Society for Progress in religion. He also received the Templeton Prize for his contributions to the deeper implications of science. In April 1999 the asteroid 1992 OG was officially named (6870) Pauldavies in his honour. 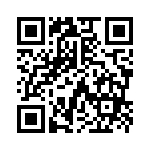