Dr George N. Tzogopoulos is research fellow at the Hellenic Foundation for European & Foreign Policy (ELIAMEP) in Athens where he also works as a journalist covering politics and international relations. He has cooperated with the European Council on Foreign Relations, Konrad Adenauer Foundation and Friedrich Ebert Foundation and is a regular contributor to international news agencies and media organisations such as Al-Jazeera, Associated Press, BBC, CCTV, France 24, Reuters, RAI, RTL and ZDF. Tzogopoulos’ publications include the book US Foreign Policy in the European Media: Framing the Rise and Fall of Neoconservatism. 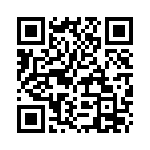